Claudie Poinsard is an inventive painter from France who works impulsively when creating her paintings. Since 1981 she has had numerous exhibitions, both individual and collective, now for the first time in the Netherlands. The impulsiveness of her work can best be described by telling about her method. She says about it herself:

Faced by spontaneous situations, she does not have a fixed schedule because everything is always moving around her. The coincidence of a meeting, an event or the daily routine, prior to carrying out the work, lead to an unexpectedly different appearance of the work. The coincidence of the course of a line, the spread of a color. The paint is like blood, it circulates. She sometimes makes her paintings portrait, bent over the surface and let the ink and paint move through the canvas to create whimsical unexpected patterns. 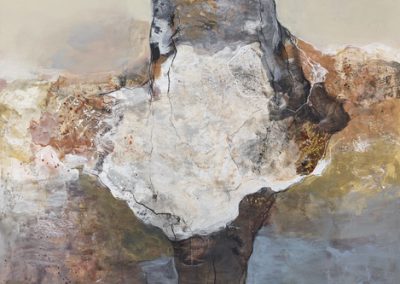 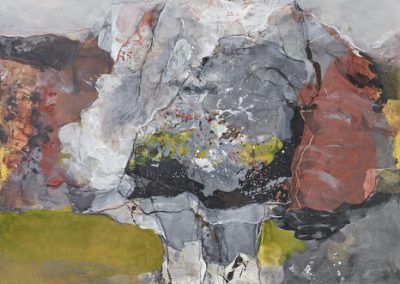 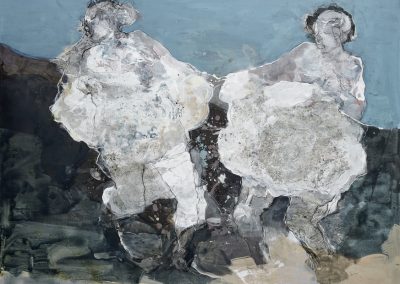 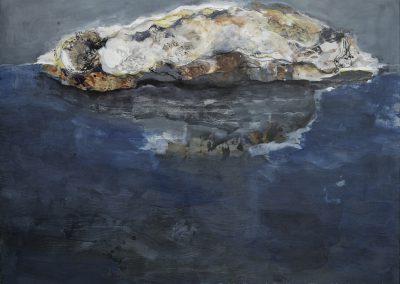 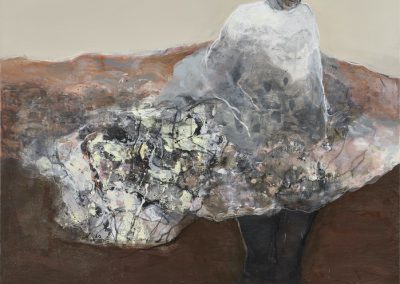 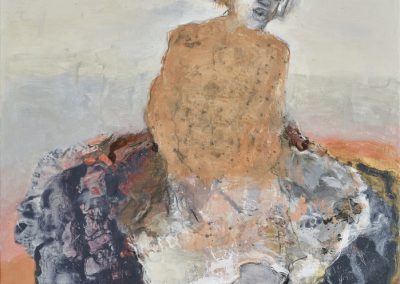 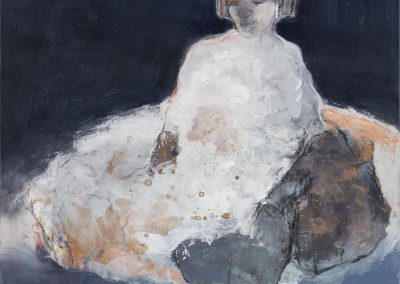